The centre of gravity for architectural education in the 19th Century was the Beaux Arts School in Paris, and if you were studying there you would have believed in a mythical ancient Roman and Greek past as the source of all good architectural design. Should you be lucky enough to be a top student and win the ‘Grand Prix de Rome’, you would be granted a residency at the Academie de France in Rome, where you would spend your time measuring ancient structures in order to produce ‘Restoration’ drawings, essentially imagining what you thought the structure should have looked like. Under this design philosophy all the architectural solutions you ever needed were already in existence, you just needed to uncover ancient wisdom and make this clear to the present day world.

However, even amongst those who taught at the Ecole, cracks in this philosophy started appearing when contemporary demands needed to be addressed. For example, Henri Labrouste, who taught an Atelier at the Ecole, when designing the Bibliotheque Nationale in 1854, used iron frame construction techniques for the book storage areas which were entirely unrelated to the ideas of ancient masonry composition taught at the Ecole. It was this understanding of the possibilities of technology to cope with new demands on buildings that would lead to the concept of ‘design progress’ in the Modern Movement.

The potential spatial liberation that frame construction allowed was central to early Modern architectural thinking. The internal and external walls no longer needed to directly relate to the structure of the building and this opened up an incredible range of possibilities. For example during the design development of Le Corbusier’s Villa Stein it is possible to clearly identify, between the scheme of 1927 and the realised project, the point where the internal walls became entirely independent of the structural columns producing new and variegated spaces compared to the previous cellular layout.

This idea of spatial freedom through technology continued to be a defining feature of the Modern Movement, and by the sixties Cedric Price and Joan Littlewood were meticulously designing a ‘Fun Palace’ where almost the entire structure could be reconfigured by its occupants, providing a transient spatial experience to blur the boundaries between building, performer and audience. The particularly interesting aspect of this design was that it was reincarnated in the 1971 Centre Pompidou competition entry by Rogers and Piano, which also contained movable floors to allow instant total spatial transformation. But the project also demonstrated the problems of relying on technology to give us this type of liberation; by the time the building was constructed in 1977 the floors were clear span and fixed, with the external services no longer an ad-hoc composition but instead artfully arranged to fit into the Parisian setting. In the end technology could not deliver the socialist democratic dream and became instead a stylistic notation of intent.

Do we still believe that technology can give us all the answers we need in our built environment? The conservative nature of building means that tried and tested solutions will often be favoured over experimental construction methods. However, as when Labrouste designed the Biobliotheque Nationale, the requirements of our built environment need to accommodate the ever-changing demands of our society. It is perhaps the ‘pressure-points’ of our contemporary world that we should look to for identifying where new technologies are presenting new architectural possibilities. Low-energy housing, theme parks, experiential performance spaces, ‘hot desk’ working areas (to give a few examples) are new concepts and will be the areas that will by definition need to keep pace with changing spatial requirements. True ‘design progress’ might be hard to identify when it happens, Labrouste considered his book stacks to be very much out of the public gaze, but will inevitably occur in the most progressive sections of our society. It may not always be at the ‘high-end’ of architectural design, but it is in the maelstrom of social change, that we will find a truly new architectural language emerging. 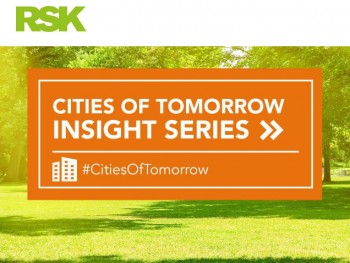 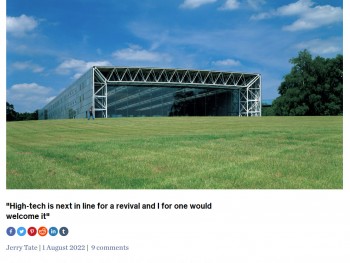 Blog Aug 2022
We use cookies on our website to give you the most relevant experience by remembering your preferences and repeat visits. By clicking “Accept All”, you consent to the use of ALL the cookies. However, you may visit "Cookie Settings" to provide a controlled consent.
Cookie SettingsAccept All
Manage consent